London’s business focused newspaper City A.M. reports the results of a study conducted by the think tank Taxpayer’s Alliance on the impact of the UK sugar tax. Announced by former UK chancellor George Osborne earlier this year the levy, which specifically target soft drinks, is set to enter into force in 2018.

TPA calculated that the levy could lead to an estimated loss of 5’624 jobs for the UK market, equivalent to over £90 million in average industry and associated sector wages. This would consequently lead to a loss for the Treasury of over £17 million in job-related taxes, namely employee’s National Insurance contributions and Income Tax, and employer’s National Insurance contributions. TPA Chief Executive Jonathan Isaby warned: “Not only will the sugar tax fail in its public health aims, there is a very real risk that it will destroy jobs and harm economic growth. Given it will also hit the poorest households the hardest, the already flimsy case for a sugar tax is rapidly dissolving”.

The expected impact of the UK sugar tax was calculated on the outcomes of a similar levy introduced in Mexico in January 2014, which caused an estimated loss of 10’815 jobs since its introduction, but only led to a reduction in daily consumption of a mere “10 millilitres per day or 4.6 calories … the equivalent to a bite of an apple 5% of a slice of Tesco wholemeal bread or 2.3% of a can of Heinz Tomato Soup”, as previously reported by The Sun.

You may find the full article by Francesca Washtell on the City A.M website 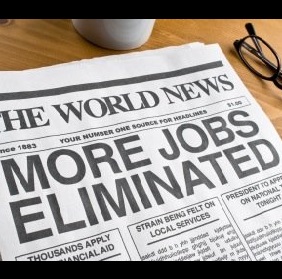